So many kinds of avatars, so many types of devotees, and so many stories behind them. Faith cannot be measured simply by how many times you pray or visit a holy place. We have been recently talking about the Balaji Avatar, aka Lord Hanuman. The Mehandipur avatar symbolizes a more mysterious figure who represents what we know of being familiar with ‘Hanuman Chalisa’ and as we recite it every day, “…Bhut Pisach Nikat Nahi Ave, Mahavir jab Naam Sunave…” So, one avatar who is the savior of all humanity from all supernatural entities has another side to him which comes through a different avatar. Salasar Balaji is known for a more subtle, at the same time masculine figure.

There are several stories that go around in concern to how Salasar Balaji came into existence, but the one similarity which stands common at large is the belief that Lord Hanuman is the only god that lives on in Kalyuga as promised to Sri Ram. He is the still existing protector of all mankind.

The most popular Prasad among north India might be Salasar Balaji’s multi-colored Ladoos. Also, being part of Rajasthan, most commonly presented offerings are dal, bati, Churma. Huge crowds of devotees organize ‘bhandaras’, when their wish comes true. It is like a festival when it comes to the traditional style ‘Savamani’.

Another ritual the place is known for is the coconut ritual, which has one of the most prominent beliefs associated with the temple. Once you tie a coconut, you make a wish and when the wish comes true one offers their thanks to Lord Balaji by organizing a ‘Savamani’.

The best time to visit the place is Thursdays and Mondays, because there is no crowd during these days. Generally, the devotees prefer going on Tuesdays and Saturdays, which are supposed to be the most auspicious of days. The auspicious day is when it can take you up to 5hrs- 6hrs to complete your darshan journey. So, if you want to go on a day when you can visit Balaji easily then the days are Thursdays and Mondays, of course you never know if he has already planned a long line for you.

The still increasing fame of the temple is because of the miracles that come true among the followers. The faith of the devotees which began with Mohandas whose wish to have a son was granted by Lord Balaji has been sourced to all the followers of Balaji even today. 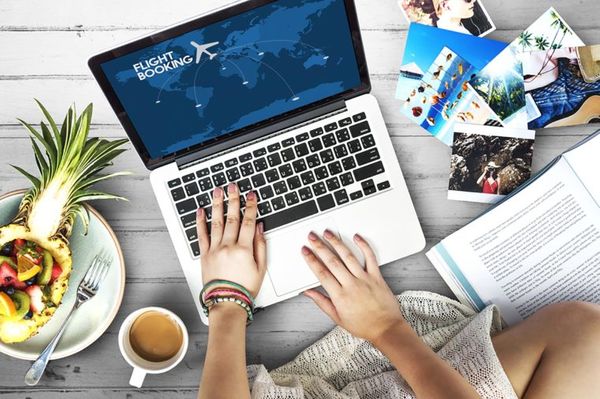 Travel is for the soul and for the mind. India or Abroad, it’s all about exploring yourself and finding inspiration in the smallest of things you see. Sometimes it’

He goes by the abbreviation, “The richest god of the world”. With the worth of billions of dollars, you must be guessing that he must have his own secrets and